The Porvoo Hostel is located in an old maternity hospital which was built by Alva Forsius. Alva initially worked as a teacher at a handicraft school, but later trained as a midwife. She had a strong desire for social work, so she founded the private maternity hospital in Porvoo which had 12 beds when it opened in 1902.

Alva saw the great difficulties that single mothers faced during pregnancy and after the child was born. So, she later founded a mother-child home in Porvoo in a large log house which was built on Joonaanmäki next to the maternity hospital and when the home was opened in 1914 it was the first of its kind in Finland and was given the name Solhem (“House of the Sun”).

In 2021 we celebrated the 155th anniversary of Alva Forsius’ birth. Alva was a woman with a big heart who helped many women and children in need. The sculpture of Alva Forsius, made by sculptor Mikko Vaher, was unveiled on the hostel grounds in May 2016. 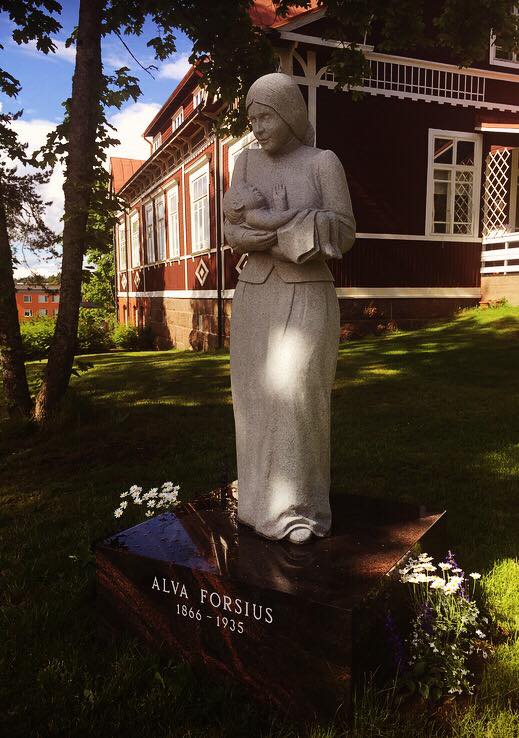